This is the fifth post in the series Why Everything You Know about Your вЂњSelfвЂќ Is Wrong. The series explores how our understanding of selfhood affects our sense of individuality, our interpersonal relationships, and our politics.

вЂњWhat Is Man?вЂќ is the title of a little book by Mark Twain. He held it back for twenty years because he knew the public would hate it. The вЂњwhatвЂќ in the title foreshadows its discomfiting message.

Twain broke with the tradition of asking вЂњWho Am I?вЂќ and its species-wide variant вЂњWho Is Man?вЂќ on the grounds that a вЂњwho-questionвЂќ is a leading question. It predisposes us to expect the answer to be a sentient being, not unlike ourselves, вЂњwhomвЂќ weвЂ™re trying to identify.

TwainвЂ™s answer was that Man is a machine, and he was right about the public reception accorded his thesis: the twentieth century was no more ready for Mark TwainвЂ™s mechanistic perspective than the eighteenth had been for Julien Offray de La MettrieвЂ™s metaphor of вЂњMachine Man.вЂќ 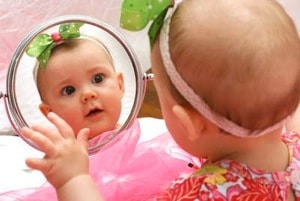 The rejection accorded the works of La Mettrie and Twain is not surprising because itвЂ™s implicit in our idea of a machine that at least experts understand how it works. Only in the twentieth century did science gain an understanding of the body and weвЂ™re just beginning to understand the workings of the mind. TwainвЂ™s trepidation in anticipation of public scorn is reminiscent of DarwinвЂ™s procrastination in publishing his theory of evolution with its shocking implication that we were descended from apes.

At the dawn of the twenty-first century, TwainвЂ™s answer is no more popular than it was with his contemporaries. But recent research has produced a growing awareness that Mark Twain, while he may have been a killjoy was, as usual, ahead of his time.

Twentieth-century science has shown that humans, like other animals, function according to the same principles as the cosmos and everything in it. The Hindu seers who proclaimed, вЂњI Am ThatвЂќ were onto something. Man does not stand apart from the rest of the cosmos. He is made of the same stuff and governed by the same laws as everything else. The gap between вЂњIвЂќ and вЂњThatвЂќ does indeed seem to be narrowing.

As curmudgeons like Twain have delighted in pointing out, Man is in fact quite unexceptional. We do not live at the center of the universe: Copernicus and Galileo pointed out that it does not revolve around us. Humans are just one of many animals: Darwin, Wallace, and others placed us, kicking and screaming, in the company of apes. But, having eaten several servings of humble pie, surely no one will take it amiss if we allow ourselves one small brag.

Although not exceptional in ways we once believed, we are exceptionally good at building tools and machines. And that includes machines that do what we do. Machines that dig, sow, and reap. Machines that kill and machines that save lives. Machines that calculate, and, projecting, machines who think. Our brains will soon be viewed as improvable, constrained as they were by the stringent conditions of self-emergence via natural selection, gestation in a uterus, and birth through a baby-sized aperture in the pelvis.

No higher intelligence seems required to create life, including human life. What we revere as life is вЂњjustвЂќ a property of a handful of chemicals, RNA and DNA holding pride of place among them. But, thatвЂ™s not a bad thing, because if weвЂ™ve come this far without intelligent design, the skyвЂ™s the limit once we lend our own inventiveness to the evolutionary process.

This has long been foreseen, but never accepted. Once we get used to it, this perspective will enable us to reduce suffering on a scale only dreamt of. Why? Because the lionвЂ™s share of human suffering can be traced to false self-conceptions. The indignities that foul human relationships, at every level, from interpersonal to international, stem from a model of autonomous selfhood in which self is pitted against self.

Rather than masking the indissoluble interconnectedness of selvesвЂ”as the notion of individual selfhood doesвЂ”superselfhood embraces it. ItвЂ™s not just that we canвЂ™t do anything without help; we canвЂ™t even be apart from continual imitation. Entropic forces disintegrate any identity that is not shored up through a mimetic process of mutual recognition. Since mimesis is distorted and undermined by indignity, reciprocal dignity gradually, but ineluctably, displaces opportunistic predation as a strategy for optimizing group efficiency and productivity. As a source of inefficiency, malrecognitionвЂ”with all its attendant dysfunctionalityвЂ”will be rooted out much as we made it our business to combat malnutrition once we understood its toll.

Martin Luther King, Jr. gave expression to this emergent morality when he wrote: The arc of the moral universe is long, but it bends toward justice.